“Treasures From the Rubble” began in 2000 as an intriguing challenge for a theater artist to move into film. It has turned out to be something wholly unexpected: a deep plunge into memory. 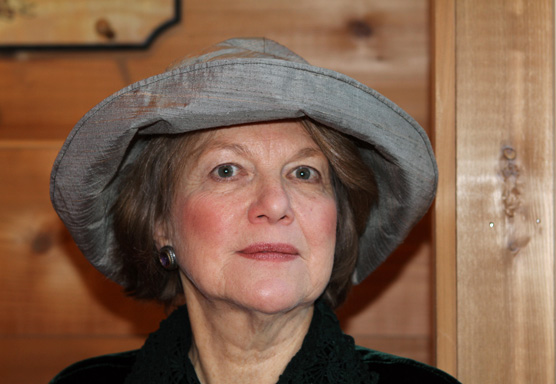 I had returned to my alma mater, the University of Alabama at Tuscaloosa, to accept a distinguished career award from the university’s Society for the Fine Arts. There Jack Black, a man who had been editor of my hometown paper when I was in high school, told me the story of Lois Wilson, an eccentric artist from our home town of Fayette, her career in New York, and her dream of preserving her work and her collection of other artists’ work in a safe place away from approaching bulldozers and a threatening landlord. Black carried Wilson’s dream to fruition with the establishment of the Fayette Art Museum, now a thriving cultural center in the region.

I found that I identified with Wilson. Both artists intent on leaving the small town behind for the wider world of New York. Both finding in Black a man who would guide us back home not just as wandering natives but also as artists.

The making of the film drew me back to Fayette, which produced the town’s most famous artist, Jimmy Lee Sudduth, whose appearance in the film was no less than a star turn as he talked about his life and techniques and played his harmonica. Internationally known as “the mud artist”, Sudduth got most of his mud up and down the railroad track. My childhood memory of riding on the train over those tracks with the whistle blowing and the conductor waving brought the sound of the train into the film as a subliminal representation of the story’s journey.

When Sudduth spoke about being able to find “36 different colors of mud, ranging from blue, white, or red, or brown”, I remembered as a child walking through the woods with my brother, finding small rocks and hitting them against each other until they opened, spilling out their vivid dusts of blue, white, red, and brown. We would draw faces, letters and symbols with that magical dust on a big stone before we got onto a small barge from which my brother would use a long wooden stick to move us out into the lake where we would fish with a cane pole for brim and bass till dusk was announced by the slow ethereal call of bob-bob-whites echoing through the hills of trees covered in bright green kudzu vines.

In keeping with my memory of a less complicated and unhurried time, “Treasures from the Rubble” was shot with one camera and minimal lighting — black and white footage calls up the past and color footage brings us forward to the present. The camera explores each painting at random as simply and innocently as Lois Wilson picking up scrap tin from her father’s blacksmith shop and snitching the black shoe polish out of the pantry to make her first paintings.