The focus of Treasures from the Rubble is on the artist Lois Wilson, which led to the problem of making Wilson a vivid character despite the fact that she is not in the filmed material and was an elusive personality during her life. A key to solving this challenge was in getting Jack Black (the curator) and Wilson’s niece to talk about Wilson very personally and pointedly. 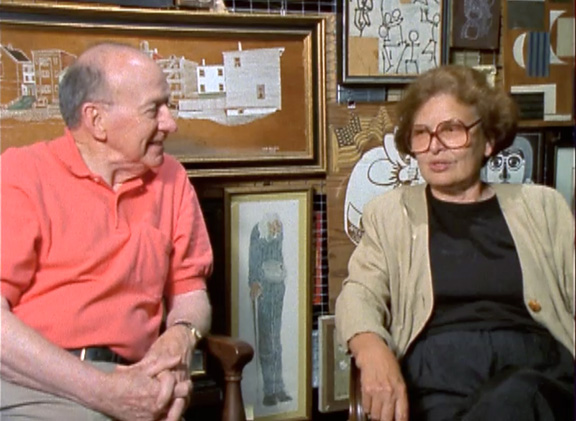 Lois Wilson wrote volumes of fascinating profound letters, many of them to Jack Black. I went through each letter over and over until I found the story that I wanted to tell. I marked every important point in the letters with a post-it.

When we went to Alabama to shoot the film, I set up their interview as merely a conversation between the two of them, with no interviewer in sight. However I was in the background steering the conversation in the direction I knew was needed for the story.

Before the camera rolled, I would simply say to them that I was going to read an excerpt from a letter and would like them to say anything that came into their minds in regard to it. We never did a take two as the spontaneity was infectious and their reactions felt fresh although the interview was carefully orchestrated.