One unexpected challenge in the production phase of making “Treasures from the Rubble” was that although we had arranged to shoot the film at the museum in advance there was a mix-up and the museum had also scheduled rehearsals for a large full-blown musical. 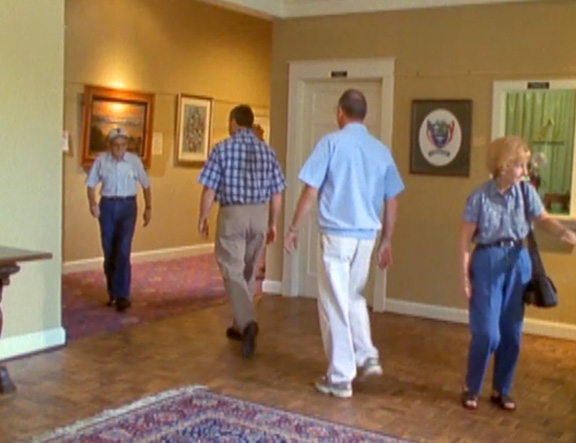 Fortunately the director of the musical understood our plight and was cooperative in that the singing, dancing, clapping, stomping, shouting would stop every time we asked for a moment of quiet, which we did judiciously in order not to antagonize anyone.  We tried to cooperate with them also by holding off a scene until they said it was ok with them for us to continue.

On the day we were scheduled to film in the museum’s lobby, in addition to the musical in the adjoining auditorium, it turned out to be voting day, and streams of people were coming through the lobby to vote.  I decided to turn a negative into a positive by asking some of the voters to walk a little slower, stop and look at a painting.  They became my impromptu extras.  My “museum visitors” were multi-tasking.